Unblocking a toilet is not as simple as it might sound. It can often require more than chemicals for a faster result. However, there is no need to call a plumber out at your expense, you can invest in a plunger and a toilet snake or auger. An inspection camera will also allow you to look at what is going on. Once you have these items, you can use them time and time again for future blockages.

The best way to prevent a toilet blockage in the first place is to adopt proper flushing. This means flushing in-between motions and not allowing too much toilet paper to find its way in the bowl. A common cause of blockages is trying to flush with too much paper inside the bowl. Also, putting things down the toilet that are not intended to be disposed of in that way. For example, baby wipes, nappies, and paper towels. These should never be flushed down a toilet.

So, let us continue to what we should do if we still manage to block our toilet.

Using Chemicals Around the Home

If you have baking soda and vinegar to hand you can use them to unblock a toilet. Pour a cup of baking soda (or bicarbonate of soda) into the toilet bowl, add to it a cup of white vinegar, then allow them to fizz together for 20 minutes before flushing. This will clear most toilet blockages and leave you with a fresher smell.

Apart from home remedies, you could purchase an enzyme waste product to turn any waste material into liquid waste to help unblock your toilet. These products are available from DIY stores and are used in septic systems for the breaking down of waste. It will only, however, work on organic waste, not anything else that is stuck. If what is causing the blockage dissolves in water, the blockage will in time clear itself. Usually, you cannot wait that long, though.

A toilet plunger will unblock a toilet by exerting pressure against the blockage inside the toilet’s U-bend. The force of using it should push whatever it is out so that the toilet bowel can then drain. It should be noted that you will need water in the toilet bowl so that you can plunge effectively. So, if the bowl is empty, make sure that water is added to the bowl before plunging.

A plumbing snake, or drain cable as they are sometimes called, will effectively unclog a sink but can scratch a porcelain toilet bowl. As would making one yourself out of a metal coathanger or piece of thick wire. The alternative is to use a toilet or closet auger. This is a plumbing snake but one that has had a protective sleeve fitted around it to protect your toilet bowl from any damage. They are the next option if a plunger does not work.

You can buy an inspection camera. These are available to householders and consist of a waterproof camera on the end of a flexible cable. A viewing screen will show you what is going on further down your toilet to help you decide best how to unblock it. Budget inspection cameras will allow you to view what is going on through a laptop rather than on a screen that is part of the device. They are normally rechargeable.

So, we have to decide if chemicals are enough to unblock our toilet or we need to put in more effort and use either a plunger or a toilet auger. An inspection camera will help us to decide on the course of action. It can see into and beyond the U-bend. To to be able to see what is going on is half the battle to solving the problem. Being able to do-it-yourself will save on the call-out charges of a plumber and their time in unblocking your toilet. Not that it will be long, most of their time will have been spent traveling to your house, as unblocking a toilet is a quick job if you know how or have the right tools for the job.

View all posts by Alice Basin 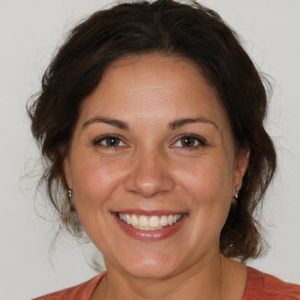 Hello, I’m Alice Basin, a woman living in the best decade of my life my 40s! My whole life I have seen the world as being beautiful and I was obsessed with making my surroundings equally as beautiful! So welcome to my home lifestyle blog and enjoy the relaxation of home beauty. 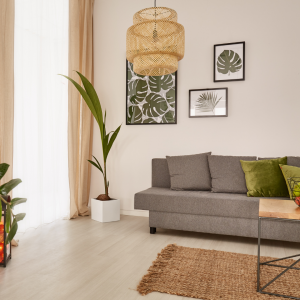